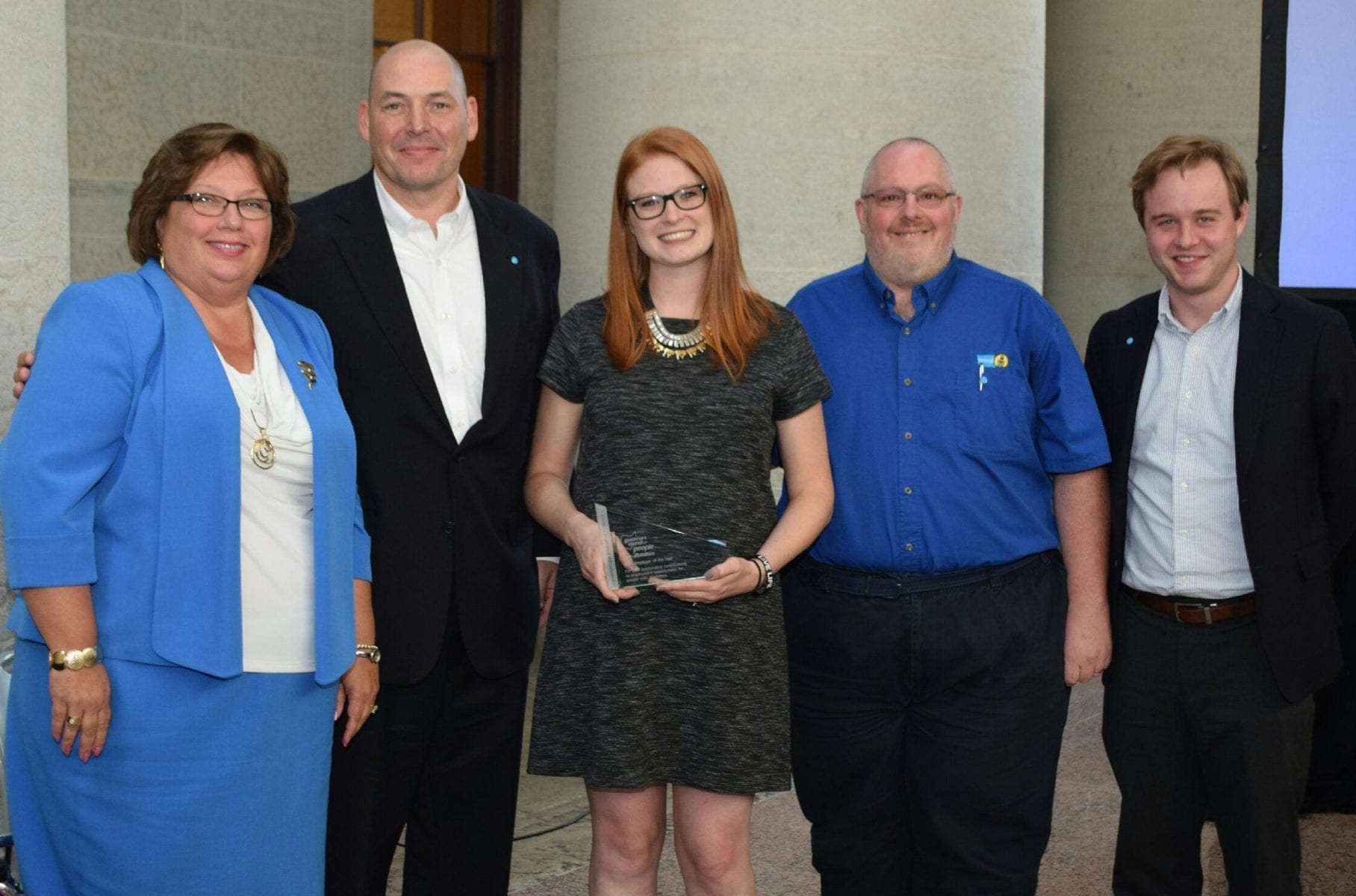 Thyssenkrupp Bilstein received the Employer of the Year Award from the Governor’s Council on People with Disabilities. TKB is a valuable partner and has helped to bring awareness about hiring people with disabilities. Congratulations to TKB for this well deserved honor!

TKB is a manufacturer of high-end automobile shock absorbers. They employ 750 in their Hamilton, Ohio plant. Through Butler County Board of Developmental Disabilities’ job development program, TKB hired six employees to work in their warehouse. The employees became an important part of the business, so much so that after the six employees passed their 90-day probationary period, TKB President and CEO Fabian Schmahl welcomed them with a special “Crossover Ceremony” to give them work uniforms and formally welcome them to the TKB family.

The story of TKB’s success with hiring people with disabilities and the impact the company has made can best be told through a young man named Delbert. Delbert had never had a permanent, full-time job. He was working at temporary jobs, jobs he disliked and jobs that were too difficult for him. He wanted to work and knew he had valuable skills to offer. Delbert’s life changed when TKB hired him three years ago. TKB believed in Delbert’s potential and the benefits have been far reaching. Delbert is getting a shot at independence. He relishes the new freedom that the job has given him.

TKB has hired a total of 15 employees with disabilities. The employees have entry level positions in the warehouse and on the plant floor. Many work 40 hours a week; they all earn a living wage and they receive full benefits.

TKB is also committed to helping transition-age students gain valuable employment skills. Project LIFE 201 Interns from the Butler Technology and Career Development School work at the plant operating high-tech equipment, sorting and washing parts, and building boxes. One intern works in Logistics where he is responsible for checking in shipments, pulling supplies and delivering them throughout the plant. The company has been accommodating to another student who uses a wheelchair. These types of authentic training experiences are precisely what students need to be successful in the future.

TKB is commended for their efforts to hire and retain this willing and able workforce. As the CEO states, it’s a win-win situation: TKB has hired employees who want to work, and the employees have gained independence, confidence and a paycheck.