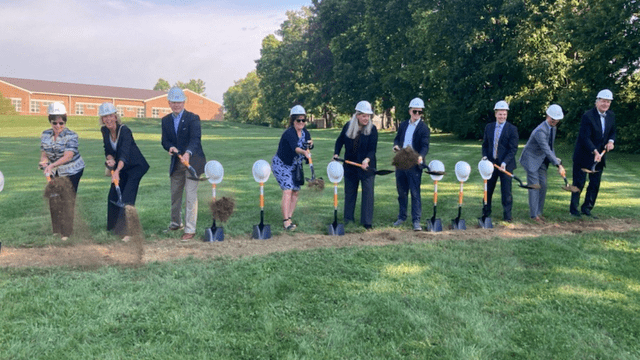 New apartments in Middletown and Trenton will create affordable, accessible housing for people with developmental disabilities so they can live safe, active lives in their communities. Somewhat of a unicorn, homes that are both affordable and accessible are becoming increasingly more difficult to obtain while the need does not diminish.

That’s why the groundbreaking on Holly’s Edge with Inclusive Housing Resources was so monumental. The ceremony took place in Middletown on Wednesday, September 21 and celebrated the beginning of both the Middletown and Trenton project.

Senator Rob Portman was not present but wrote a letter of support. “Congratulations on this monumental groundbreaking of Holly’s Edge,” Portman wrote. “This creates more housing opportunities for an at-risk community … Thank you for all you do.”

Lisa Guliano, Superintendent of the Butler County Board of Developmental Disabilities, was among other distinguished guests who were asked to speak at the ceremony. “We are grateful to Inclusive Housing Resources, and specifically the Partnerships for Housing board members, Gina and her team, for making this project a reality in our community,” she said. “We’re there for you. Thank you so much.”

With the first ceremonial chucking of soil, the project begins and is slated to be completed within 18 months. The Butler County Board of Developmental Disabilities will work with potential tenants to fill the units.