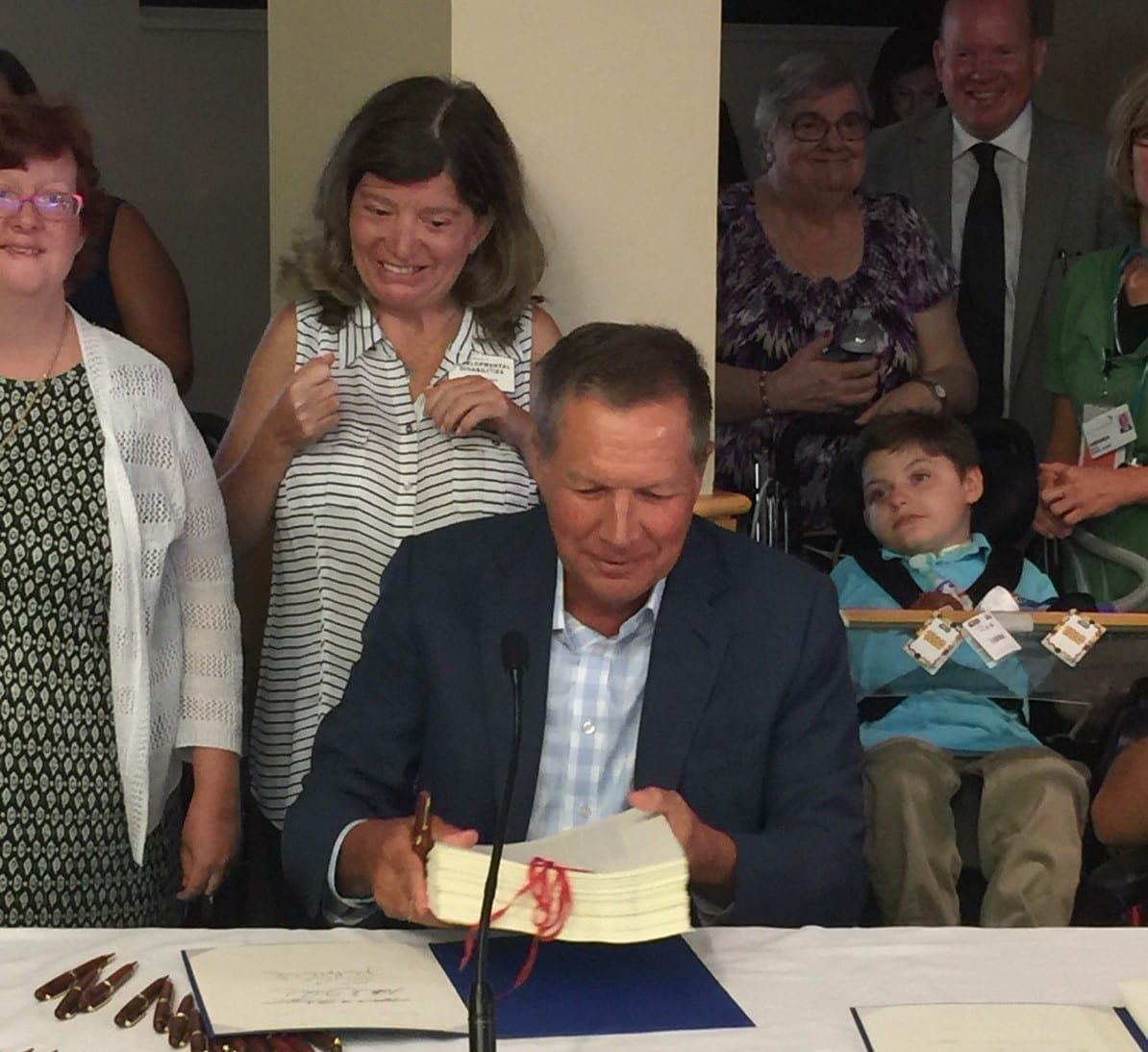 Representatives from our Board were with Ohio Gov. John Kasich on July 13, 2016 as he was in Cincinnati to sign an important bill that removes the “R-word” from state law and replaces it with the term “intellectual disability.” Although all County Boards changed their names back in 2009, until the passing of this bill, state statute still included the “R-word.”

We posted some photos of the event on our Board’s Facebook page here.

Jody, who receives services from our Board, was standing directly behind Gov. Kasich as he signed the bill.

The Cincinnati Enquirer wrote a story about the event which can be found here.